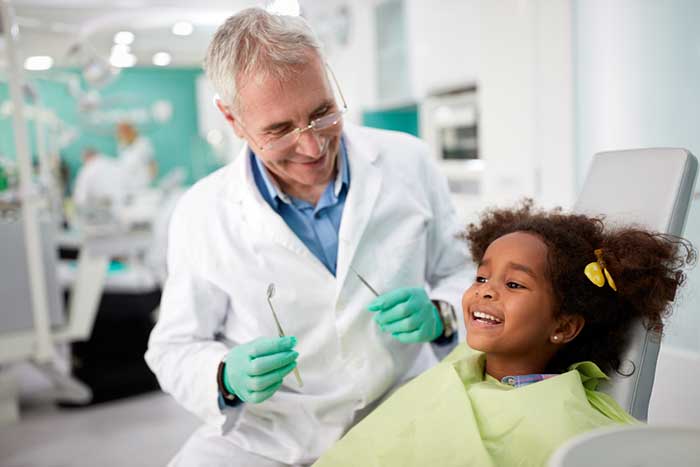 For as long as there have been viral videos, there have been videos of people on the dentist chair acting very funny because of the anesthetic known as “laughing gas.” Laughing gas has been a part of sedation dentistry since the Civil War, but most patients still do not know exactly what it is and what it does. Below is some information for patients to learn more about this laughing gas, whether they have just experienced it themselves or are going “under” using the gas in the near future.

Laughing gas is actually nitrous oxide (N2O). Before its use for sedation dentistry, it was actually used as a party drug by aristocrats in England. Eventually, dentists began to realize that it could properly be used as an anesthetic for patients.

Nitrous oxide is generally safe in low doses and when utilized by a professional who is trained in sedation dentistry. Side effects are very rare, and if a patient reacts poorly, the gas can be easily removed, after which the effects will quickly stop.

The gas is actually used in food products, especially in sprays like oil and whipped cream, as a propellant, although this is in much lower quantities than when used in the dentist chair.

What Exactly Does It Do?

Nitrous oxide does more than just make the patient laugh. Optimally, it should not actually cause someone to laugh too much because that can be dangerous when doing operations inside the mouth! The real intention is just to reduce the ability to feel pain.

In most patients, it will also temporarily reduce brain functioning in terms of speed and recognition. This explains why some who use the gas begins to make very random and humorous connections or believe that someone is there who is not.

This gas can be used alone or with another local anesthetic, depending on how serious the procedure is. Nitrous oxide is lower strength analgesia compared to other gases and anesthetics; therefore, it cannot be used alone in the more intense oral surgeries.

It works by blocking or inhibiting a wide array of chemicals and receptors in the brain. These reactions lead to a reduction in feelings of pain and fear and an increase in feelings of elation; it also affects the central nervous system. Kids are commonly given this gas because they often have more fear and anxiety before the procedure begins.

The mask that goes over the nose has two purposes: it gets the gas directly inhaled, and it protects the dentist and dentist assistants from accidentally inhaling any themselves. Long-term inhalation of nitrous oxide can actually be dangerous, so it is important for the dentist to take proper precautions to avoid the air getting contaminated.

Laughing gas, or nitrous oxide, is one of a wide variety of anesthetics used in sedation dentistry. It is meant to keep the patient feeling as comfortable as possible in a situation that clearly is not. With the ease of application and relative safety, laughing gas will continue to be used for many years. And the viral videos will surely continue as well!